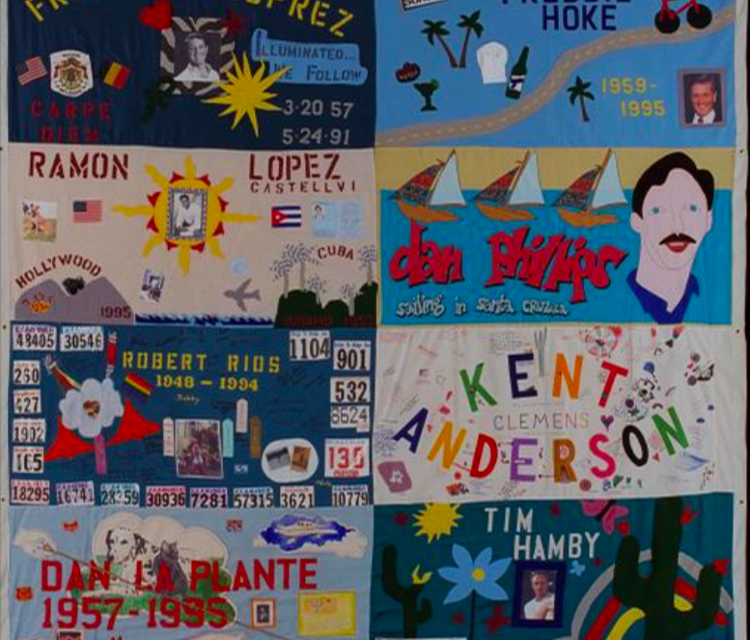 San Francisco, CA – March 26, 2019 — Cleve Jones, founder of The NAMES Project AIDS Memorial Quilt, and co-founder of the San Francisco AIDS Foundation will travel to Cuba in May to participate in the 12th Cuban Journey Against Homophobia and Transphobia (the Jornada). Jones will be going with a delegation from Rainbow World Fund (RWF), an international aid and relief organization based in San Francisco.

Jones was invited to Cuba by Dr. Mariela Castro Espin, on behalf of the Cuban organizers of the Jornada to participate in educational and cultural exchange activities and to receive the CENESEX (Cuban National Center for Sex Education) Prize in recognition of his contributions to the advancement of the LGBTQ movement.

The Jornada takes place over approximately three weeks in May each year. It is a time for the LGBTQ to come together, gather strength, heal and inspire. It includes social gatherings, educational activities, artistic expressions, and celebrations. Jones will be awarded the CENESEX prize on May 10 during a gala celebration at the Karl Marx Theater. Jones will also be a Grand Marshal at the Cuban version of the Pride Parade. Known as The Conga, the parade will be held in Havana on May 11. A second Conga and related activities will coincide with the International Day Against Homophobia and Transphobia (IDAHO day) on the May 17 weekend in the city of Holguin. Although small in comparison to San Francisco’s Pride Parade, the Havana Conga draws an attendance audience of over 5,000 people and continues to grow.

“This is a great honor and a wonderful opportunity to learn about and give support to the Cuban LGBTQ movement. I’m excited to visit Cuba for the first time and to learn what life is like for LGBTQ Cubans and people living with HIV/AIDS.” Jones stated. Along with Rainbow World Fund and I have been asked to raise $50,000 to support the Jornada and other humanitarian aid projects.

This year Rainbow World Fund has a goal of raising $50k to support projects in Cuba. RWF has been asked by the organizers of the Jornada to fund $25k in scholarships to allow hundreds of LGBTQ activists from all 16 Cuban provinces to participate in several days of training and educational programs during the Jornada period. For many, this will be the first time to travel outside of their home provinces, let alone attend a large LGBTQ gathering. This will be a unique opportunity for the activists to share resources, tools, and strategies to reach the next level in their movement to achieve full civil rights and recognition in Cuban society. Additionally, RWF will underwrite the costs of educational materials to fight homophobia and transphobia. RWF will use the other $25K to fund other humanitarian projects on the island.

While in Havana, Jones and the Rainbow World Fund delegation will visit a variety of LGBTQ related organizations and experience broader aspects of Cuban society. One of the highlights will be a meeting with CENESEX, the Cuban National Center for Sex Education. The group will meet with the Center’s director, Dr. Mariela Castro Espin, daughter for former Cuban president Raul Castro. Mariela Castro has been an outspoken LGBTQ supporter.

“There has been a great deal of progress in acceptance of LGBTQ people in Cuba during recent decades,” noted Rainbow World Fund Executive Director, Jeff Cotter. “I believe that Rainbow Fund’s delegations have contributed to that growth. After the Cuban Revolution, homophobic policies were prevalent, but today there are public efforts to recognize and support LGBTQ people in all aspects of their lives, including an effort to achieve the legalization of same-sex marriage. It’s an ongoing effort, and it’s inspiring to work with the Cuban people in their effort to achieve equal rights.”

This will be Rainbow World Fund eighth annual trip to Cuba. RWF is traveling under a special visa that is not affected by the new restrictions on tourist travel to Cuba. The RWF delegation will visit Cuban hospitals, clinics, and schools, learning about how they function and the challenges they face. Much of Rainbow World Fund’s activities in Cuba are coordinated through the Cuban Council of Churches. The Council has worked with churches in the United States to promote reconciliation between the two countries. Of particular concern is the U.S. embargo – referred to by Cubans as “El Bloque” or the Blockade – and the impact it has had on the Cuban people. The council, with notable leadership from the Cuban Presbyterian, Metropolitan Community Church, and Baptist churches, have been deeply involved with and supportive of LGBTQ rights. “The members of the Cuban Council of Churches are more progressive than most of the religious establishment. Despite criticism for their activism in this area, they have demonstrated their commitment and dedication over the years,” noted Cotter.

Sections of the NAME Project AIDS Memorial Quilt will be traveling to Cuba to be displayed for the first time. Jones is bringing parts of the Quilt that include Cuba memorial panels. “We are immensely proud of our founder and his ongoing commitment to social justice in the U.S. and abroad. We have a long-standing commitment to making sure that The Quilt is always on hand wherever and whenever it’s needed most. This trip to Cuba fulfills that commitment and will provide Cubans with a rare opportunity to connect with a few of the members of the Cuban community who are represented on the panels of The Quilt. We are certain that through this work, Cleve and The Quilt will continue to open hearts and minds and inspire individuals to act with compassion and resolve as they face difficult social justice issues themselves.” stated Julie Rhoad, President & CEO of The NAMES Project Foundation.

The trip is designed to connect the Rainbow World Fund delegates on a person-to-person level with Cubans including human rights and LGBTQ leaders, members of Parliament, government officials, political dissidents, and religious, arts and cultural.

figures. While staying in the heart of Old Havana, the group will visit the Museum of the Revolution; arts centers including the National Museum of Modern Art; and walk the historic streets, squares and waterfront of the city. The group will travel northward by bus for the second half of their journey rounding out their Cuba experience with a visit to the arts capital of Cuba, the city of Matanzas, and opportunities to enjoy the natural beauty of the country. The group will stay with one of Rainbow World Fund’s partner organizations, the Casa de Cariño, the Loving Care Home in
Varadero. Traveling in the Rainbow World Fund delegation will be members of The Sisters Of Perpetual Indulgence.

Since 2012, RWF has funded humanitarian projects that help the people of Cuba. RWF’s projects include funding summer camps for children living with HIV, cancer and other life-threatening illnesses. The camps teach valuable life skills aimed at fostering healthy self-esteem, independence, and self-care. RWF has funded the distribution of emergency relief supplies and food aid to communities impacted by hurricanes. RWF also funds human rights work to help the LGBTQ community including supporting an innovative conference that brought together church leaders and LGBTQ activists. 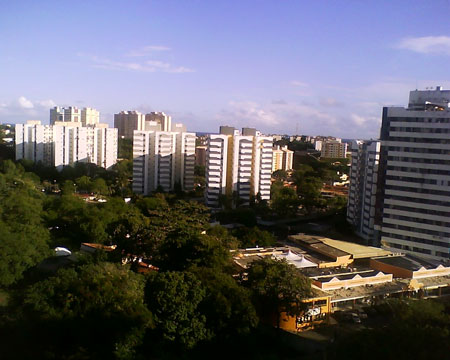 The gayest neighborhood in Latin America